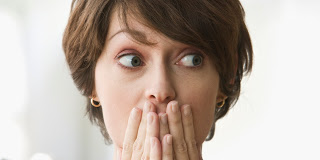 In recent years, with the onset of India as the global back office there has been a lot of discussions in the living rooms across India talking up the Indian education system and how it gives us a great advantage over fellow Asian or eastern European nations.

Even Barack Obama, addressing a group of students at a high school in Brooklyn, said “billions of people from Beijing to Bangalore to Moscow are working every day to out-educate and out-compete us,” 4 out of 10 scientists at NASA are Indians. IIT & IIM alumni are not just powering internet giants of the Silicon Valley but are also corporate high wheelers at the Wall Street.
Enough reasons to believe our education system is prepping the Indian kids to take on the world.
But does the premise hold any water? Is the conclusion even true?
There are a few independent studies that survey the scholastic performance of eighth graders or students aged 15 around the world and the results are shocking! In 2003, TIMSS ranked India at 46 among 51 participating countries. A decade later (coinciding with India’s growth as a global services behemoth), India was ranked 73 out of 74 countries by PISA. We managed to sneak in ahead of Kyrgyzstan (yes, it’s a country)!
Studies and surveys like Trends in International Mathematics and Science Studies (TIMSS), Progress in International Reading Literacy (PIRLS) and Programme for International Student Assessment (PISA) talk about how various countries fare relatively in terms of learning standards and literacy competency. 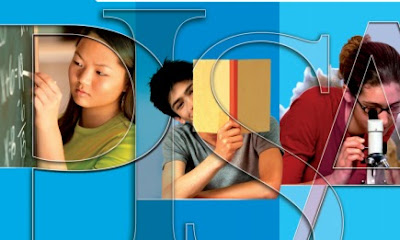 It seems that India did not participate in the PIRLS survey and figured at the bottom of the results of PISA 2012 and TIMSS 2003, that too when a few states like Tamil Nadu, Orissa and Himachal Pradesh possibly with some of the highest literacy rates in the country participated. And this is not the end of it. The results suggested that only a staggering 17% of the students have such proficiency in reading so as to be productive in future. And they are only at the baseline (read, average). Compare this to the whooping 81% of the students around the world who are much above the baseline. Needless to say, the trend is quite similar when it comes to mathematical and scientific literacy also.
Critics panned the results terming the moment as “The end of a beginning”. Unable to contain its shame, the government finally decided that it wouldn’t participate in such surveys at all.
To be fair though, there have been certain questions on the veracity and neutrality of these surveys. How does the organization come at a single rank when different students hailing from different countries and diverse educational environment, answer different questions? Switching even a single question around would lead to huge variations in ranks it would seem. In 2013, the US criticized PISA 2012 saying that it had made sampling errors by selecting students from the disadvantaged section to represent the nation. Needless to say, disadvantaged students perform worse than the rest. Thus speculation persists regarding the credibility of these results. The fact remains, these surveys are to show the performance of policies in respective countries through nuanced and in-depth analysis and mere quantitative ranking is not the end objective. 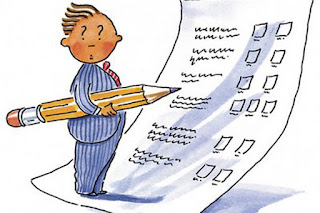 A recent documentary – “2 million minutes” (which is roughly the amount of time that a child spends in high school), however places some faith in the Indian education system. The documentary showed a comparison between the students of three major economic frontrunners like India, China and the U.S and how their study patterns varied and affected their knowledge quotient. American students seemed to fall behind while Indians lead in terms of Math and science competency.
So the truth lies somewhere in between. Taking into account both the findings of the documentary and surveys, done in different occasions based on different parameters; provides quite a skewed picture. Yet a reform is inevitable but the govt.’s reaction to the PISA disaster raised too many eyebrows.
As always, the govt. instead of holding a mirror to itself and trying to make amends thought it wise to do the ostrich – bury its head and avoid the issue! This bodes trouble for a country that has a majority of population in the younger age-groups. The education system of no country is perfect but at least we as a nation could strive to emulate some positives from the rest of the nations to ensure we continue to dominate globally because of the system, not inspite of!

By Sqoolz HQ June 05, 2018
Introduction The Central Board of Secondary Education (CBSE) plays the supervisory role in implementing all the norms as per the NCERT curriculum. Although constituted in the year 1929, the board was renamed as the “Central Board of Secondary Education” in 1952. Following extension of jurisdiction of its activities with fresh amendments in its provisions of functioning, the board acquired absolute authority in exercising control over the schools, which have affiliations from it. Right now, the board runs 1500 affiliated schools in India and in 24 nations all over the world. Curriculum The Board takes all the initiatives to develop curriculum keeping in view the nationwide requirements for education. As it keeps the standards of quality as its prime objectives, it continuously carries out research and development to keep its curriculum at par with the best in the world. The curriculum targets to provide adequate space for the holistic development of the children, bo
359 comments
Continue Reading...