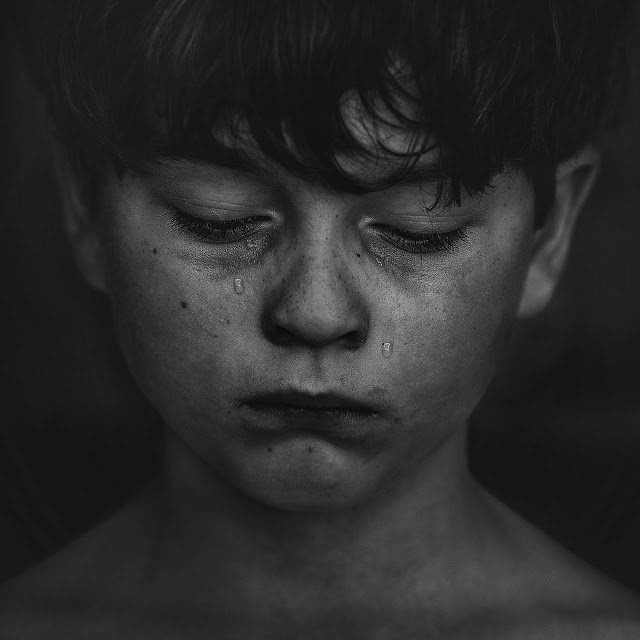 Who is at fault?
Your child is innocent and has no idea what sexual harassment means. You, as a parent, do your bit in explaining
your child about the good and bad touch. Is this all you can do to protect your child from sexual abuse or
exploitation? Well, this is certainly not enough. There has to be a broader way.
Sexual harassment is a result of unbending gender norms. To have a glimpse of the condition, following are a
few incidents that are not even an iota of what’s actually happening:
An unidentified masked man abused a 13-year-old boy in the yoga room of a posh South Bombay school,
not just once but thrice. Later, he talked about this with his mom, and a complaint was filed against that masked
man. But the sad consequence of this incident left the boy shattered and he stopped going to school because
of the mental trauma he faced.
In another case, a 57-year-old school trustee sexually abused a three-year-old girl in the school premises. She
was so scared that she stopped talking altogether. Sadly, the trustee went out on bail. But the young mind of
the little girl was scarred for life. It was never her fault, but the little child had to suffer so much.
There are numerous such cases, either filed or unfiled. But the major problem lies in the depth of the issue. More
imperatively - What are we doing to stop these assault on young ones who go to school for education?
Students deserve a safe environment, at least in school - a place that shapes up their future. Going by the facts,
the importance of a sexual harassment committee at schools can’t be vociferated more.

The Need For Sexual Harassment Committee At Schools
With more incidents cropping up in India regarding adolescent children being molested, the requirement for a
permanent body of rules governing the safety of children and teachers alike has increased manifold. While two
relevant laws exist in India, the application of the same is not widespread. The Protection of Children from
Sexual Offences (hereinafter “POSCO”) Act, 2012, guarantees children an equal right to access education in
an environment that is safe, protective and conducive to the overall development. However, this Act does
not mandate the setting up of an internal committee.
For this purpose, the Sexual Harassment of Women at Workplace (Prevention, Prohibition and Redressal)
Act, 2013 (hereinafter “POSH Act”), requires mandatorily that there is an Internal Complaints Committee
(hereinafter “ICC”) set up in every workplace, which therefore includes under it schools as well. This is
because students are not the only occupants of the premises; the school includes both teaching as well as
non-teaching staff. Having a sexual harassment committee will ensure their security.

The Formation Of The Committee In Schools
There can be two recommendations of the committee depending on the need. One can cater to non-student
matter, and another can cater to student matter.
The non-student matter committee can consist of two people from teaching and two people from non-teaching
staff. A presiding female employee (senior) and one external member of some NGO can also be included in
this committee.
The student matter committee can consist of two non-teaching and two teaching staff. One external member
of NGO, presiding female employee and three students from a higher level can also be included in the committee.
Sexual harassment cases in schools are rampant all over India. What seems a simple newspaper headline every
now-and-then has much more to it. Young and innocent minds are suffering because of this. And many incidents
in schools are not being reported as there is no proper redressal cell or committee to address the issue.
Children also get scared to open up, as there is no proper guidance and way out. Having a sexual harassment
committee in school will not only help children to open up about the issue, but it will benefit the school too.

The Key Takeaway
Creating a safe environment for a child is the priority of the school. Implementation of this committee in school
will make a difference in the way this topic is addressed. It will make sure that the students are safe in the
premises and can openly discuss any related issues with the committee. The committee will keep a regular
check and ensure that every person in the premises is safe from any kind of sexual harassment. This brings
parents a great relief to know that their kids are in safe hands.
Sexual harassment or abuse is certainly a grave issue and has to be dealt with compassion. With gender
equality, there has to be gender sensitivity too, and parents should teach their boys to respect girls and see them
as an equal counterpart. If the approach is right, there won't be any problem in future.

By Sqoolz HQ June 05, 2018
Introduction The Central Board of Secondary Education (CBSE) plays the supervisory role in implementing all the norms as per the NCERT curriculum. Although constituted in the year 1929, the board was renamed as the “Central Board of Secondary Education” in 1952. Following extension of jurisdiction of its activities with fresh amendments in its provisions of functioning, the board acquired absolute authority in exercising control over the schools, which have affiliations from it. Right now, the board runs 1500 affiliated schools in India and in 24 nations all over the world. Curriculum The Board takes all the initiatives to develop curriculum keeping in view the nationwide requirements for education. As it keeps the standards of quality as its prime objectives, it continuously carries out research and development to keep its curriculum at par with the best in the world. The curriculum targets to provide adequate space for the holistic development of the children, bo
384 comments
Continue Reading...